Summer sales begin June 27th. I don’t know about you but I always find a lot of things before the sales but once the day has arrived, I only have eyes for the new collection… This year, I decided to do otherwise: I delicately chose and inscribed on a Word document the clothes on which I had a crush. I prepared a “list” with direct links. When I will wake up on Wednesday, I will only have to click on it and see with happiness or disappointment if my items are sold. In this way, I avoid impulse buying online or in store and I focus on what I had liked before (and that I still love!)

I do not guarantee my method, but at least I tried 🙂 I share below my list and I meet you at the end of the sales to share my good deals. 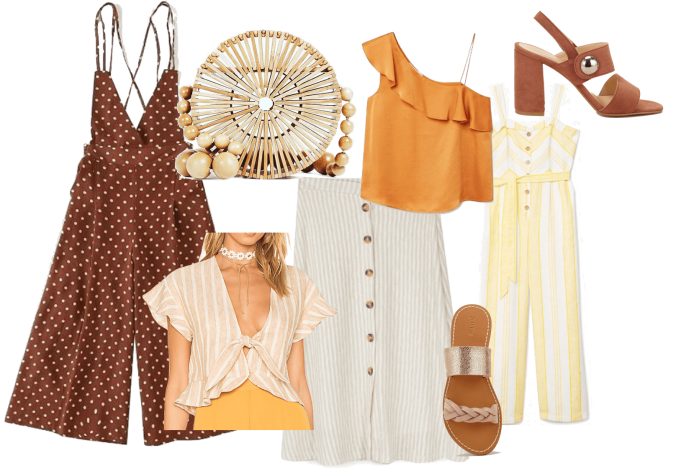 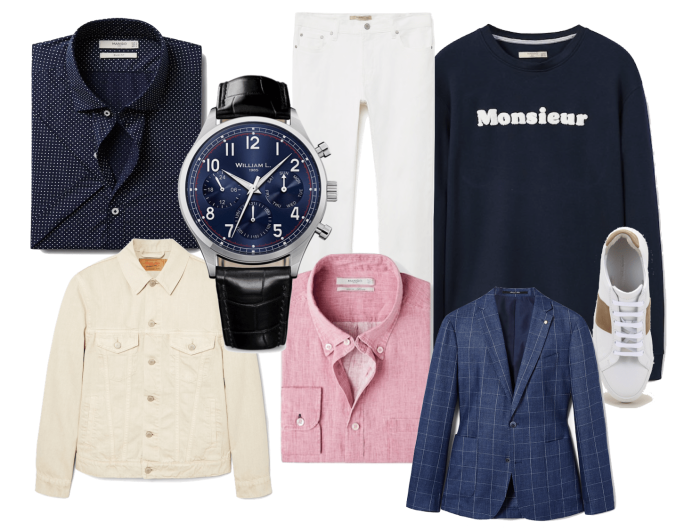 The Roland Garros tournament is currently animating the city of Paris. At the pace of the sets, the public admires the exchanges between the players and their outfits … Not really fashion, you may say, but the little Frenchie Marine Serre could convince you otherwise. The new darling of the Parisian fashion is inspired by her former passion to offer superb collections that buyers are snapping up. Yet the success of this young designer was not written in advance. 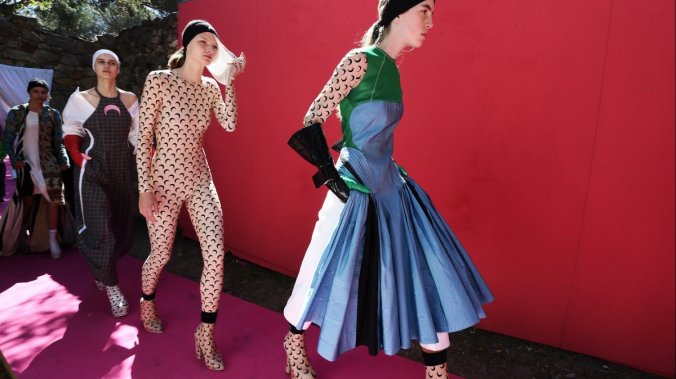 Marine SERRE grew up in the South-West of France in Brive-la-Gaillarde, raised by an SNCF supervisor father and a mother working in the French administration. Until she was 16, she only lived for tennis, even considered as a young French tennis prospect, but a failure at the Roland Garros selections pushed her to another path.

She then hangs up the racket and joins a school of applied arts where she discovers and develops a new rope to her bow, being a fashion designer. She continued her studies at La Calade de Marseille, then at the Cambre de Bruxelles, from where she graduated in June 2016. Her resume is completed by several internships with leading designers, such as Alexander McQueen, Balenciaga, Maison Margiela or Dior … The world of fashion totally absolves her when, in the space of a few months, she is selected for ANDAM, for the Hyères Festival and as the winner of the LVMH2017 award.

Her greatest asset is to combine sportswear and couture, to be creative and fresh. A pure and spontaneous soul as we love them in the fashion world. An innate but shy talent.

Believe us, keep an eye on this young nugget. French talent has not finished making us salivate. Jacquemus has better watch out, he may not be anymore the only French to seduce.

“They lived happily ever after.”

The summer period sounds the return of the sun and the beautiful days but also of love. The months of May, June, and July are witnesses of many weddings. Even being a Millenial, my entourage starts to be on this team and I must find what to wear and always renew myself from one marriage to another. A difficult task you would say. Indeed because my budget is not high but nevertheless I wanted to be chic and elegant for each event.

Online shopping has been my best friend to make wonderful finds at very affordable prices. I share with you the perfect outfits, for a small budget, to be a magnificent guest. 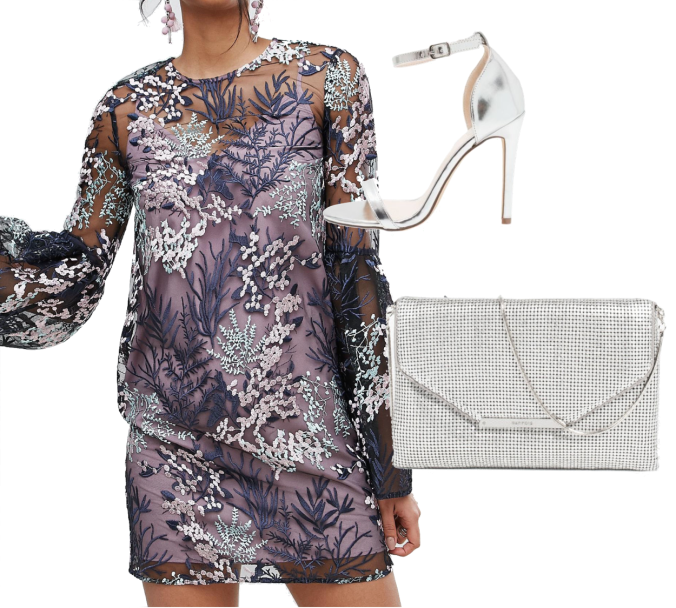 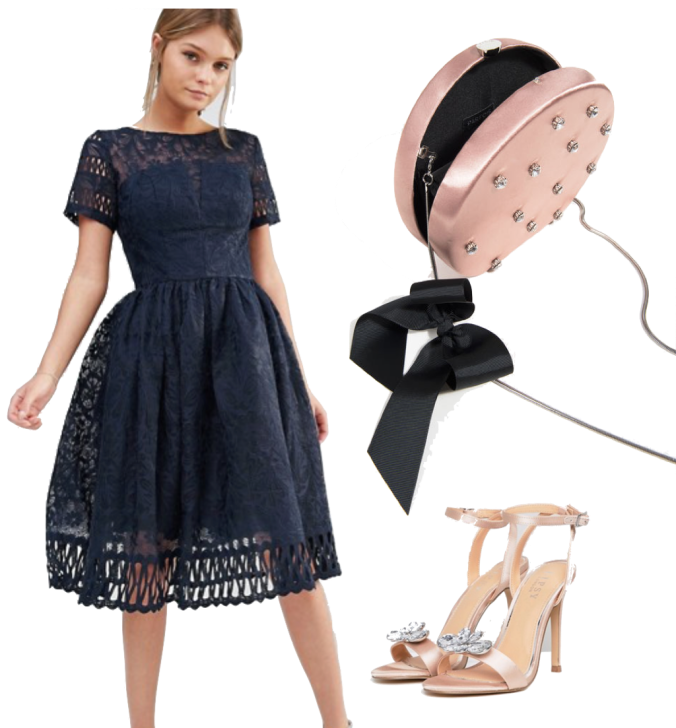 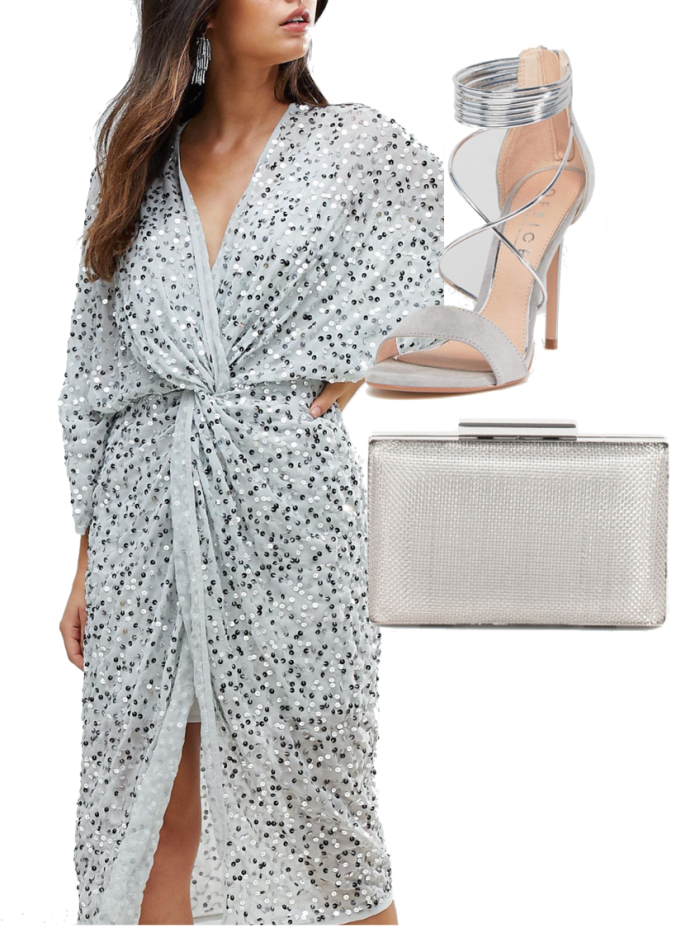 I do not know about you, but my mind is already in summer. I can see myself there already: the sun, the beach, the tanned skin, the nights on the beach… My dressing also in the dream, we are both ready. (My banker much less…).

This summer, after thinking about the destinations that would make me dream, I must say that the South of France appeared as obvious. The cicadas, the lavender, the petanque players, the Provencal farmhouses … That’s where I want to spend my summer time.

The Summer collections have surely inspired me a lot. Fashion is in the South of France. Besides, thank to Jacquemus: the creeks have never been so trendy. 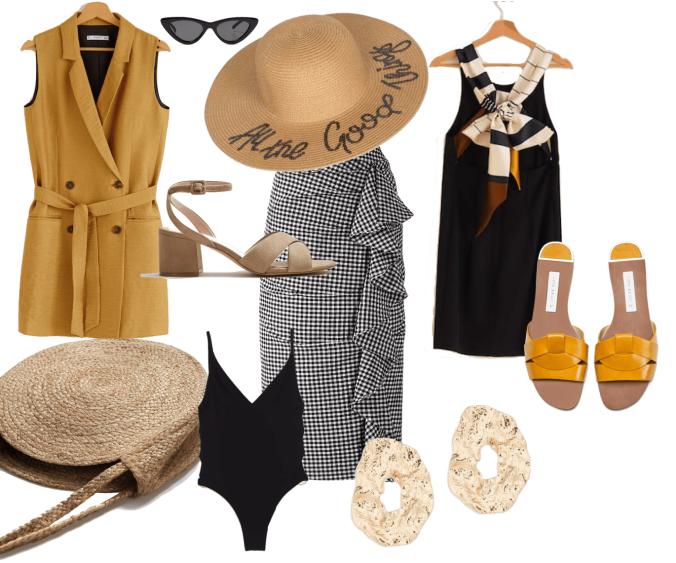 Even if I’m not the most feminine, this summer I will focus on the dresses and their fluids. All lightness. A floppy hat to protect me from the sun, a one-piece swimsuit to start the summer and a pair of cat-eye glasses. Bella Hadid has better to watch out – LOL. For accessories, I put all on the gold. The combo is perfect on tanned skin. A wicker tote for a casual look and for the shoes, just two options: a pair of flat colored leather sandals, to mix with a denim dress or shorts and a pair of square-heeled sandals to be stylish and comfortable with a nude color.

“A summer story“. This is the name of the new Spring/Summer Mango campaign and the men collection is my holiday romance. The brand has taken a stance opposite to the nineties trend we can find everywhere. While others propose silhouettes looking like the Saved by the Bell’s characters, the Spanish company offers us a classy, delicate and elegant man. I can definitely imagine the next summer in the South of France, falling in love (again) with my dear and love, wearing these clothes. From fabrics to colors, everything is matching. The romantic spirit is clear and brings us in the mood. The French Riviera is calling. 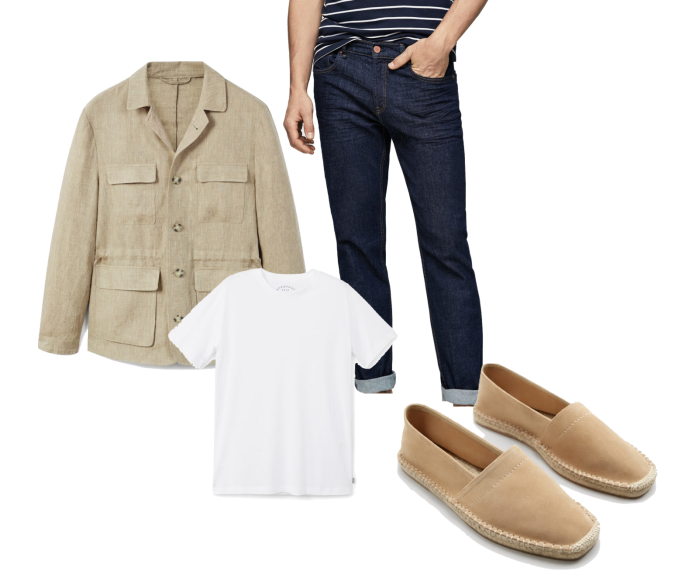 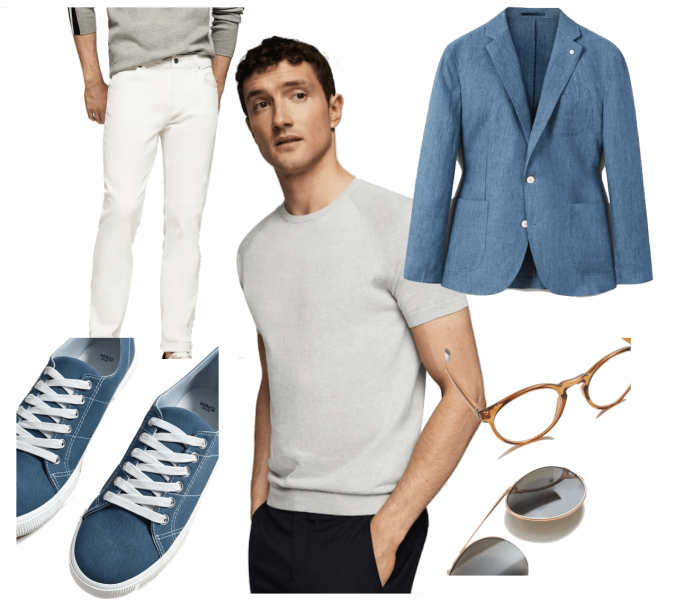 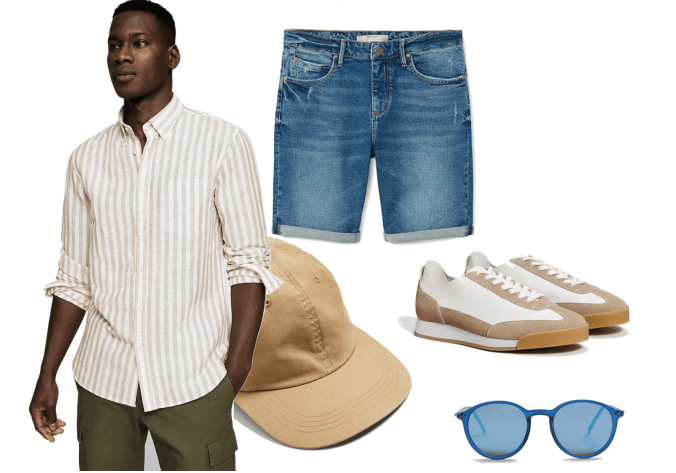 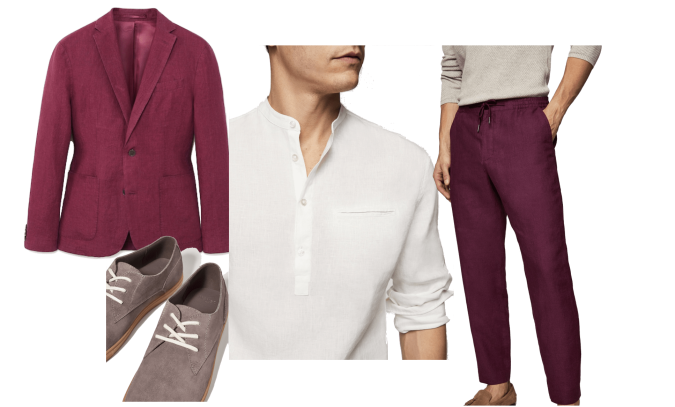 In a few years, the American model has been able to impose her style and her voluptuous curves in an industry where zero-size is required. Portrait of an uninhibited woman. 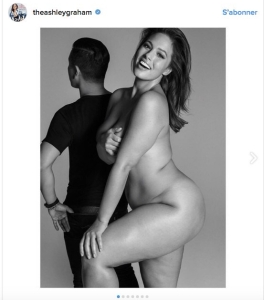 « Nobody wants to see curvy women », fashion is a matter of « dreams and illusions », Karl Lagerfeld said. Well, Ashley Graham proves easily the opposite. When all models retouch, use and abuse Photoshop, the 30-year-old top stands out. She shows up without a bra or panties, loose hairstyle, her eyes enhanced by the eye-liner, a real pin-up. A beauty from another galaxy. A universe where women have breasts, hips, buttocks.

Still, it has not always been easy to love this size 48 and the cellulite delivered with it. Little girl, her father « was the king of hurtful insults », she recalls. In high school, she is dumped by her boyfriend who said that one day, she will become as obese as her mother. 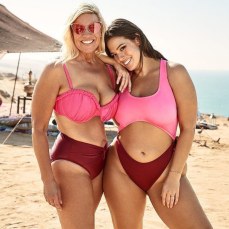 She didn’t become this icon with a snap. Spotted at 12 in a mall, Ashley was 17 when she moved alone to New-York. « I was immediately asked to lose weight. It had the opposite effect: I took 10 kilos ». Size plus model, the brunette does not let go. She knows that the average size of American women is 48. She grits her teeth when the other girls asked if, she will also be paid for the shooting, because of her weight. It will encourage her to be a real body-activist. That’s how, she created Alda, in 2014, with four others models, an association that promotes diversity and all forms of beauty.

Ashley gladly admits that sometimes it can still be hard but she doesn’t want to comply with the standards of beauty enacted by the fashion industry. She continues to cover prestigious magazines and parade for major brands and she definitely convinced all the industry that beauty does not have just one definition.

I hope the sun will be back soon in Paris. The time I have to dream about this Spring has been dedicated to spotting trends of the season. When the sun is back, we don’t just want it in the sky but also in the wardrobe. Here are my must-have pieces to enter the trend (at low prices!).